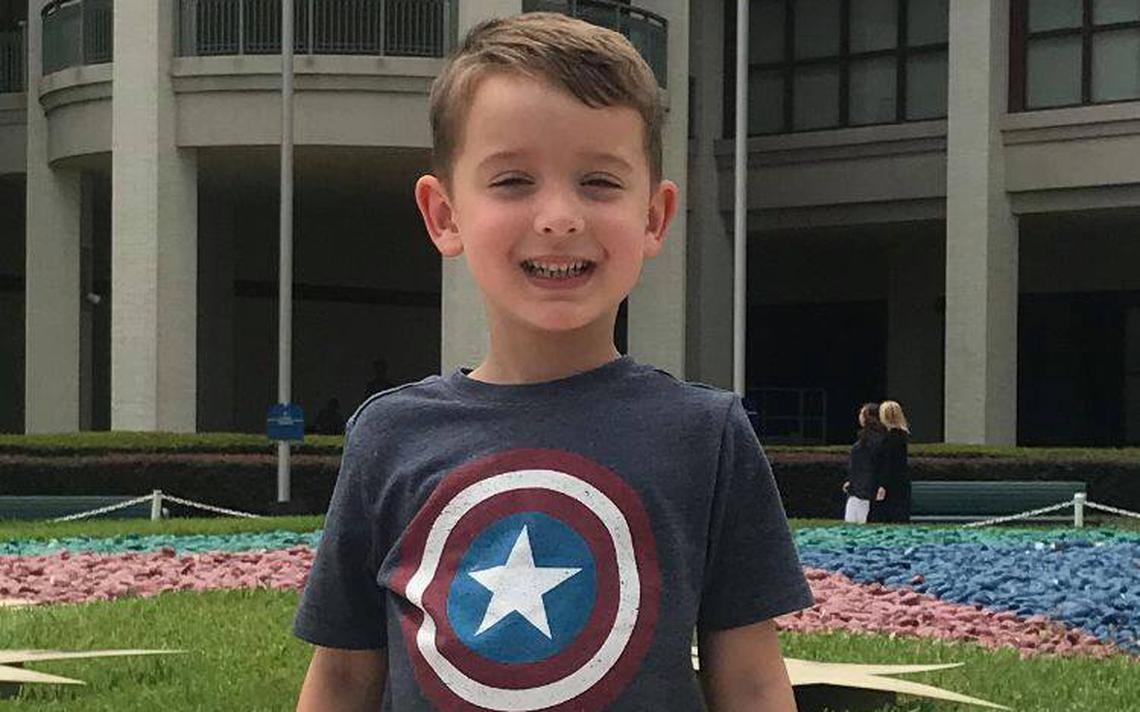 The heart of a child often sees and feels things we miss as adults. That’s why I’ve been highlighting how kids’ kindness is contagious this month.

I’d like to introduce you to one more special child who made a big impact in his short time. With Mason’s love for everything about superheroes, his parents, Ralph and Erin Sturms, continue to carry on his mission.

“On Christmas 2017, our church gave out paper houses for the kids to save coins to benefit a women’s and children’s homeless shelter. I explained to my son, Mason, why we would be saving coins for this cause. At the time, he had just turned four and I wasn’t sure if he was old enough to understand, but he never seemed to mind saving coins for the other children.

“Throughout the holiday season, we would find coins around the house and we would put them in the paper house together. Each time, we would talk about why we were doing it and he would always give me the biggest smile, eager to fill his paper house.

“Eight months later, I saw that he was again saving coins. This time he was collecting them in the cupholders of his car seat. One day on the way to school I decided to ask him about the coins. He told me he was saving the coins so he could buy toys for other kids.

“We always question as parents whether or not we are setting the best example for our kids. Some days we fall short, but that day my heart was exploding with joy.

“Just a few weeks later, our sweet boy suddenly became sick and was hospitalized. He began having seizures and lost consciousness. It was four long days before the doctors told us he was brain-dead and had a zero percent chance of recovery. He had suffered brain swelling as the result of meningitis.

“The decision for a memorial foundation came from the overwhelming support of friends, family and community members who wanted to help us in some way. Our 4-year-old angel gave us the idea of what to do with those funds and it still gives me goosebumps.

“Because of his love for superheroes, we decided we would continue with his mission of donating toys to other children. Today, Super Heroes 4 Mason has donated hundreds of toys to children battling cancer, illness, hardship, natural disasters and homelessness, but our memorial foundation is just getting started.

“We have raised $20,000 and have hundreds of more toys to deliver. Kindness and love were Mason’s superpowers, and we hope that we can spread that to other children.”

You can learn more about Mason and his superheroic mission at https://facebook.com/superheroes4mason/.

Nicole J. Phillips, a former Fargo television anchor, is a speaker, author and host of The Kindness Podcast. She lives in Aberdeen, S.D., with her three children and her husband, Saul Phillips, the head men’s basketball coach at Northern State University.