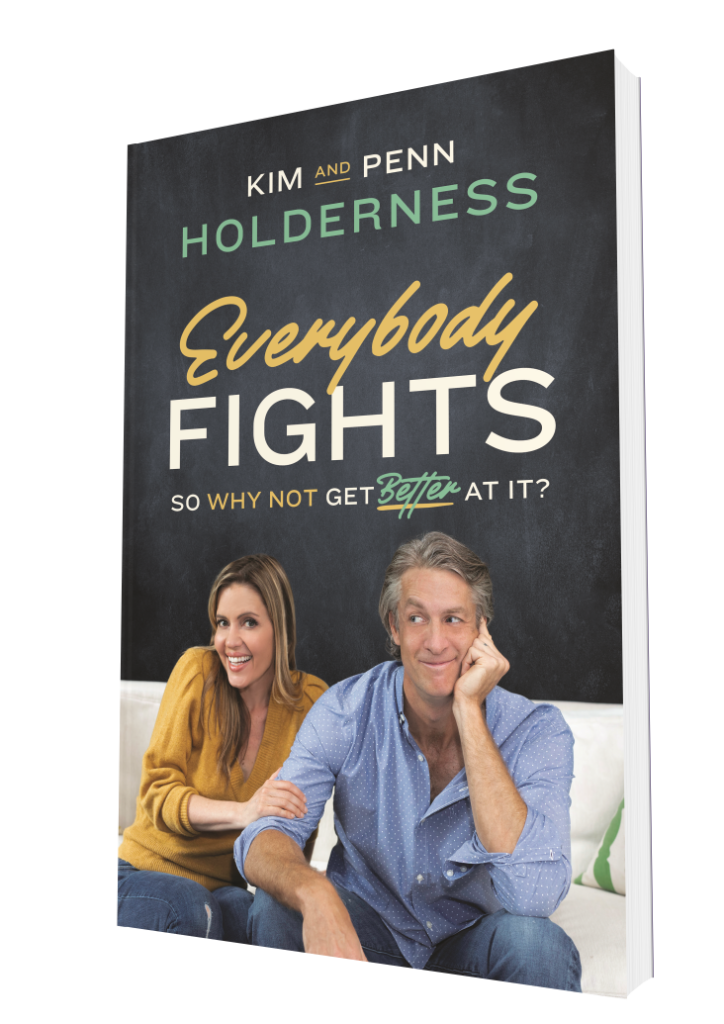 Kim and Penn Holderness have been married for 16 years. For seven of those years, they have chronicled their marriage and their family with funny music videos, vlogs, skits, and a podcast. Their videos have garnered over a billion views worldwide. Penn and Kim honed their storytelling skills with 25 combined years in the TV news business. When the wonderful worlds of YouTube and Facebook appeared, Kim had the idea to ditch the traditional broadcast world and start making content in the digital space. When they aren’t dancing around like crazy people on the internet, Penn and Kim help international companies make videos of their own. Penn and Kim live in Raleigh with their two children and dog. Check out their new book, Everybody Fights and connect at https://theholdernessfamily.com/.