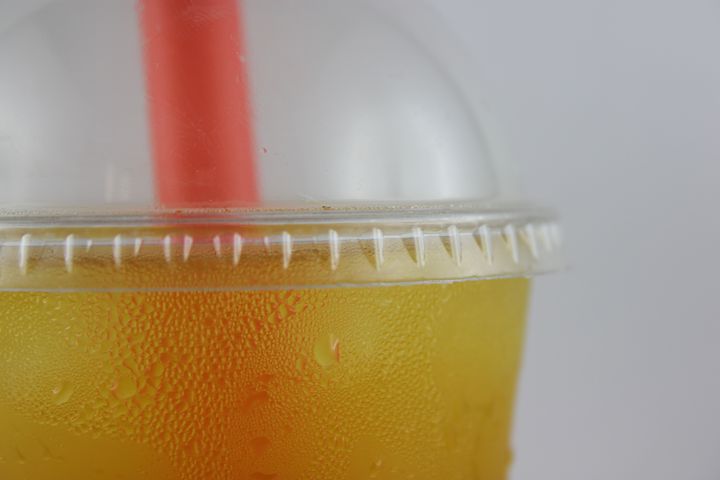 Sometimes we’re lucky enough to have an act of kindness that sticks with us well past the usual expiration date of our memories.

Beth Ferstl, from Sauk City, Wis., has one of those special stories that continues to speak to her when she needs it most.

“In the late ’90s, my little brother’s best friend (died by) suicide. He decided to take a year off between sophomore and junior years of college and I was a new grad, so we got an apartment together.

“The folks who lived across the hall from us in this total dive apartment were Todd and Carol who founded the satirical newspaper The Onion.

“The year went by quickly. My brother went back home to complete his degree and I moved into my first solo apartment.

“On the day I was moving, my neighbor, Todd, saw me exhaustedly packing up the car. He met me in the hallway with two slushies. We climbed through the apartment window and sat on the roof and drank them together.

“I never saw him again, end of story.

“But it wasn’t the end for me, because when the first career path didn’t turn out, or when I found my heart broken, I would remember that slushie moment, and head to the gas station. A slushie always changed my mindset and helped me move forward.

“Fast forward to 2009, I’m married and living in rural Wisconsin when I am told within 24 hours of giving birth that my son had a massive stroke in utero and lost 85% of his left brain leaving him with cerebral palsy and right-sided hemiplegia.

“Around other people, I held it together. In private, though, it was a different story.

“My sister-in-law drove from Minnesota to sit with Baby Henry at the hospital to give me some respite.

“I went for a walk and ended up at the gas station. The slushie was absolutely everything I wanted it to be. It reminded me of the kindness of others and gave me the ability to take a break and reset my brain.

“Fast forward to 2011, I’m listening to a podcast about an interview with comedian Todd Hanson of The Onion. The guest said Todd was really quiet at the start of the interview, and then opened up with his own story. The last time Todd was at that particular hotel was the time he attempted suicide.

“As I’m listening to this long-ago acquaintance share his pain, I’m shocked and crying. He needed a slushie and no one was there to give him one, the way he was there for me.

“I sent my former neighbor a message, telling him how meaningful his simple interaction with me was even 12 years later.

“It was an honor to be able to tell the human who inadvertently taught me about the power of a slushie moment how important his simple act of kindness was in my life.”

Kindness doesn’t need to be complicated. Who do you know who needs a slushie today?

The National Suicide Prevention Lifeline is a hotline for individuals in crisis or for those looking to help someone else. To speak with a certified listener, call 1-800-273-8255.