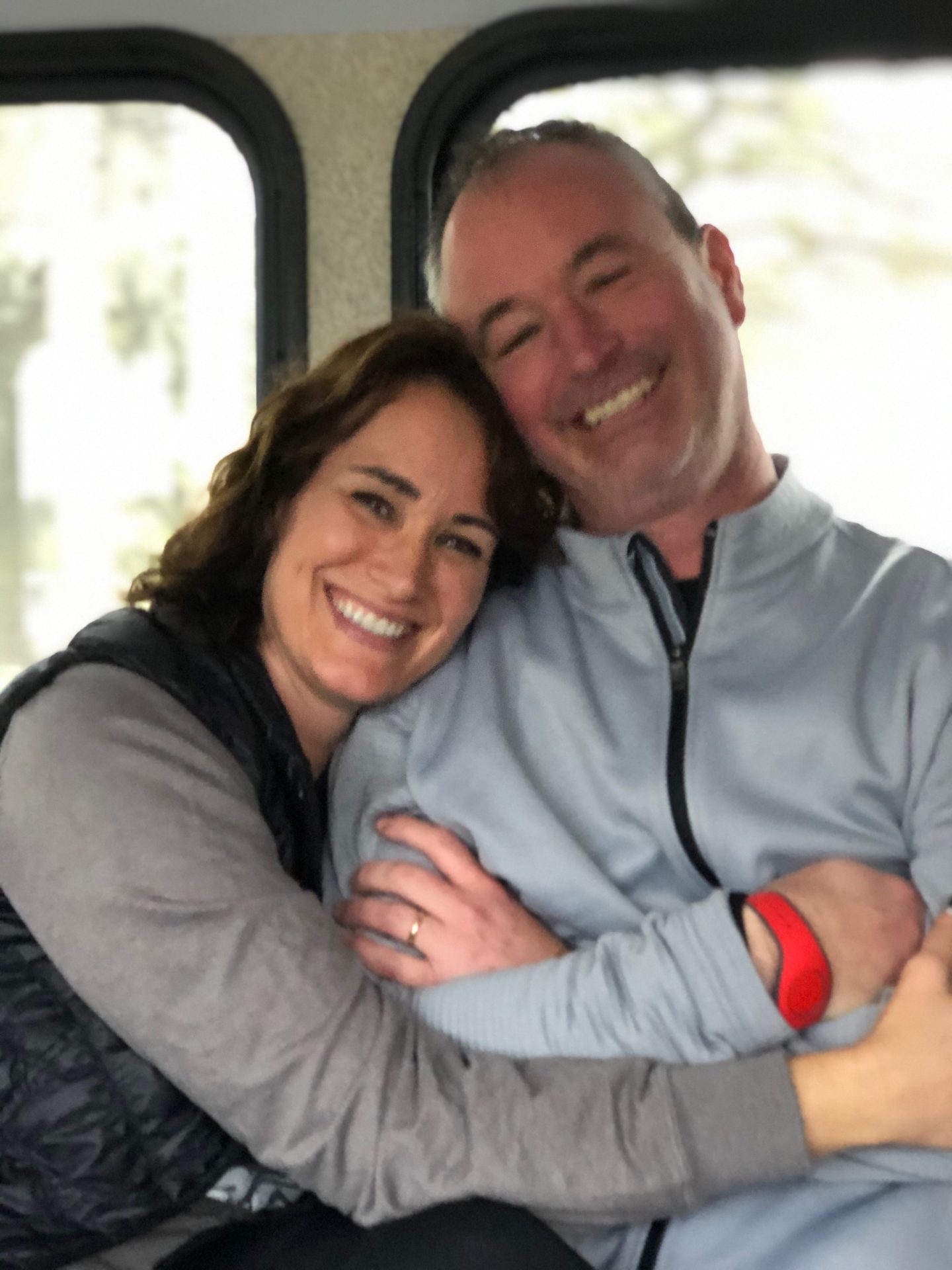 My husband was supposed to be on the team bus. That’s what he always does. His basketball team was heading out for a weekend double header and he rides the bus.

Only, at the last minute, he decided to drive his own car.

That night after the first game (a win!) he followed the bus to the next city. The roads were pretty good between Sioux Falls, SD and Wayne, NE, but the bus was going a little faster than Saul felt comfortable driving, so instead of rushing the two hour drive, he decided to take his time.

He was getting continual road updates from the coaches on the bus and all seemed to be fine. He’d make it to the hotel with no problem.

All of a sudden, the wind began gusting and mounds of snow began flying across the old country road. It was a major blizzard and Saul knew instantly he was in trouble. Aside from not being able to see any highway or street signs, he also couldn’t see the road.

He inched along with zero visibility, stopping every 500 feet or so to get his bearings.

Saul’s GPS told him to turn on a road that didn’t seem quite right, but without being able to see anything, he had to rely on blind trust.

He continued to inch along, too far from civilization to find a safe spot to stop. That was when he saw a car in the ditch.

Ten feet off the road, turned in the wrong direction was a car with its lights on. On another night, Saul says he would have assumed they had already called a tow truck and continued on.

Only this time, he stopped.

He crawled through the snow drifts and knocked on the window yelling, “Are you okay?”

In broken English, a young woman said, “I’m in labor.” They were on their way to the hospital when they got stuck in the ditch.

The woman and a young man, both in their twenties, and the mother of the woman all got in Saul’s Nissan Pathfinder where they could be warm and figure out a game plan.

Emergency Dispatch was on the phone, but the language was a barrier. The young man handed Saul the phone.

“I think we’re about a mile and half from Wakefield,” he said.

With shrieking from the backseat from a woman way past the point of an epidural, Saul did his best to hold it together and talk the emergency crew through to his location.

He kept saying, “Bien” to the woman and her mother, which loosely translates to “It’s gonna be alright.” (Saul should have studied harder in high school Spanish.)

Only, he didn’t know if everything was going to be alright.

Saul was trying to figure out in his head how to reconfigure the seats so he could deliver a baby while staying on the line with 911.

Eventually he could hear the police tell the dispatch they didn’t think they could make it. The storm was too bad and they couldn’t see any vehicles near the location Saul had described.

At just that moment, Saul caught a glimpse of a headlight in the distance. “Tell them to keep coming! I see them!”

They quickly got the family in the ambulance and Saul was able to drive his car slowly behind the convoy back to Wakefield’s Volunteer Fire and Rescue building.

We assume that is where the woman gave birth. We don’t know if it was a boy or girl, or what they named the child.

We don’t know the rest of the story, because once they got to Wakefield, the weather calmed and the roads were fine. Saul was able to continue the last 20 minutes of his drive. It was 2am by the time he reached his hotel, but he didn’t fall asleep until 5. Too much to process.

As Saul told me the story the next morning, I was both terrified and in awe. As he spoke, it was like God was speaking to me. Someone had been praying for my husband that night. I know it as I know it as I know it. I even knew who it was — a member of my Kindness Team who is indeed a Prayer Warrior, but who also had a feeling Saul needed some travel mercies.

There are angels among us. Sometimes we need one, sometimes we get to be one and sometimes it all happens at the same time.

*** Thank you to Andrea, for being an angel in intentional prayer for my husband. Thank you to the Wakefield Fire Department emergency VOLUNTEERS (!) for leaving your own spouses to rescue mine. Thank you to all of our friends who have eagerly listened to Saul retell this story of God’s hand in his life over and over again over the past two days.