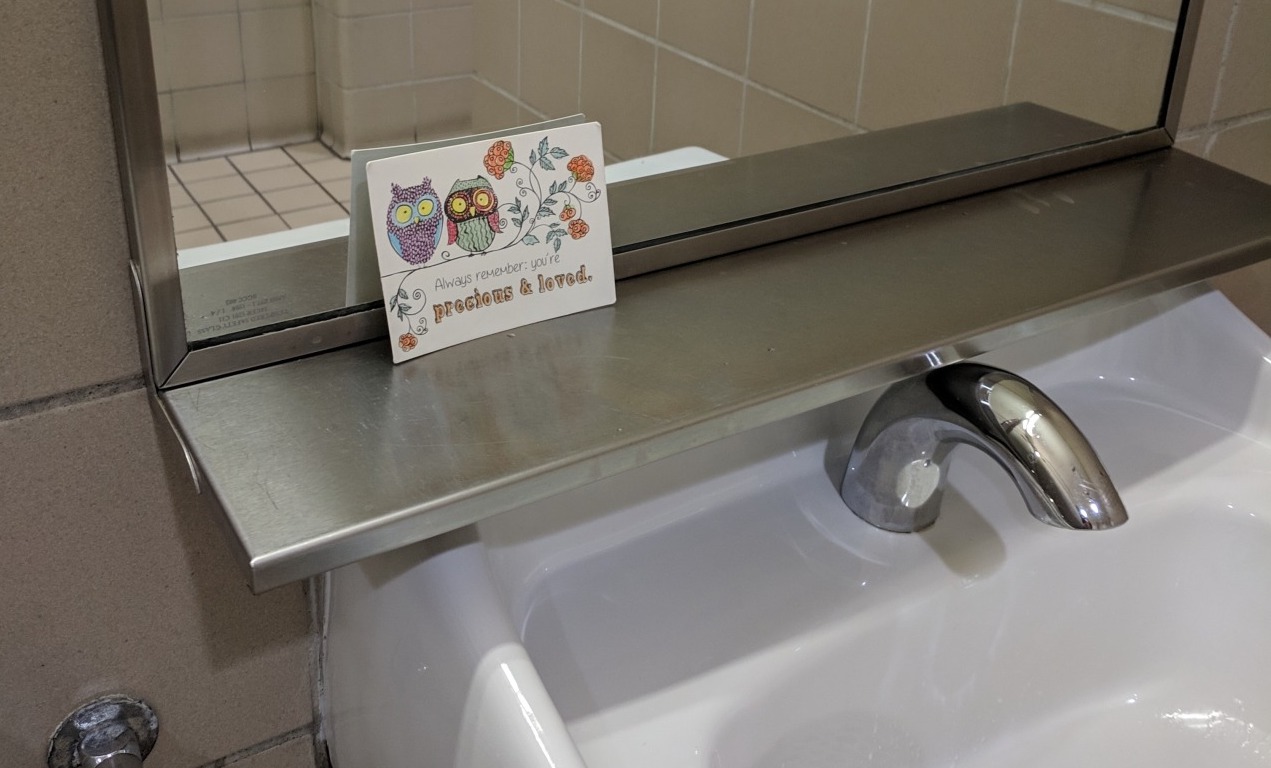 We have a guest blog today from my dear friend, Christa (Miss Christa as we call her in our house). She moved to NYC from little ole Athens a few years ago. When she first moved, she saw everything through the eyes of an Ohio girl. Lately, she has noticed her vision narrowing, so she decided to do something about it. I wanted to share her blog with you because I think it might remind us to look at our own surroundings with fresh eyes.

When we first moved to NYC, I was often pegged as a Midwesterner because I would naturally make eye contact, smile, strike up conversations with total strangers. I noticed things too. I saw the child crying on the subway, the homeless man on the corner, the tired shift worker heading home as I was heading out to work. Recently, I had started to realize that I had quit noticing quite so much. I still smile ten times more than your typical New Yorker. I still notice elderly people needing a seat on the subway or bus. But I was becoming much more into myself. I have become much more absorbed in my book than watching people. I walk down the street with my earbuds in instead of listening to the conversations and languages around me.

In general that isn’t a bad thing, but I didn’t want to become so immune and out of tune with what was happening around me that I forgot to consider my fellow humans. So for my big 50th birthday I decided to MAKE myself notice. Part of the goal was to do some anonymous deeds for which I would have no way of knowing the effect they would have (butterfly effect) and others I wanted to get strongly out of my comfort zone and not only see the need around me but do some little thing to fill it.

So I marked my day planner counting down the 50 days to my birthday. For each of those days I did a small act of kindness. I then recorded the act in my planner, and for some of them that had significant impressions I journaled about them more fully.

I want to share just a few of the observations and encounters I had as a further reminder of the impact it can have not only on the recipient and giver of kindness, but also, many times, on the people who are merely in the space observing.

In general, the random acts I did that were not directed at one specific individual, impacted me less, but I have no way of telling what impact they had on someone else’s day. That was fun. These acts were mostly performed by leaving notes of encouragement, and activity books and pens in various places. When we traveled back to Ohio, I left them in PA and Ohio rest areas.

But the truly meaningful experiences were the ones where I stepped out of my comfort bubble and reached out.

The very first day, I went for my long run in the park. There is always a homeless man in the same place in the park every time I run there. As a female runner, I am very leery of random men I encounter on my runs. The fact that he is always in the same place, and sees me regularly was scary to me. I said a long prayer on the way. I asked God to stop me if it wasn’t safe to approach him. Instead, I had an overwhelming sense that I absolutely should engage with him. I now know that Neil hangs in the park because his home in the projects isn’t safe, pleasant, or comfortable. He comes to the park to breathe the fresh air, watch the people, and the boats on the water. Now when I run through the park, I wave and say “Hi Neil”. He smiles and gives me a little wave back. I’m not longer scared and he gets a little human interaction for those few seconds I run past.

One of the days, I decided to buy a beverage for who ever was behind me in the line at Starbucks. I took my earbuds out, smiled at the woman behind me and told her what I would like to do. She argued with me all the way through line, telling me it wasn’t necessary, why would I do this, she wasn’t sure she could let me do it, she even accused me of not being from NYC (YEA!) but in the end she allowed me to buy her coffee. As we were leaving, she introduced herself (Kim was her name) and she said she was going to have to post this on Social Media. I said GO AHEAD! I smiled all morning. I hope she did too. One of the best parts though was watching the faces and body language of all the people around us hearing this exchange and of the barista when we ordered. I know it bolstered their days too and I hope it inspired someone else to reach out as well.

One other exchange I had was with a beggar on the train. This is one of the places I am MOST jaded. Many of the “homeless” asking for money are working for a network and handler and only want money, even though they say anything will help. I decided to test (okay so that wasn’t a very kind attitude) this guy. I had an apple in my bag. As he walked past, I said, “Would you like an apple?” He agreed that would be great. The whole time I was opening my attache he was muttering “golden delicious, golden delicious, golden delicious” he ended up with Gala because I don’t eat golden delicious but he left like I had given him actual gold. Lesson learned, don’t always make assumptions – ask the question.

There were exchanges that didn’t go so well. I have noted them as well because they were eye opening to me. One day, it was bitter cold in March here in NYC, I had a brand new pack of 3 pairs of socks for someone. I approached a man in the subway station and he RAN AWAY FROM ME! HE was afraid of ME! Wow, I never stopped to think that there may be some homeless people who are as afraid of those of us who have means and priviledge the same way we avoid them. I had to chew on that for a while. Another time, I offered to buy a teenage girl a meal from the food cart that was by the corner where she was begging, she turned me down because “she only eats junk food”. I judged that one wrong, I would have thought she was seriously a girl down on her luck that would have taken anything someone offered her.

I know there are people who say we should just be kind and not focus on “daily act of kindess” projects. I can see that reasoning, but if, like me, you are realizing you aren’t paying attention I encourage you to make focused effort. You will benefit and so will so many people around you.

Where am I going from here? Well first, I’m going to cherish my notebook. I only shared a very few stories here but I have 50 days of notes that make me smile. Hannah (my daughter) is at boot camp. She has asked me to help write and encourage another woman in her platoon that doesn’t seem to be getting much support from home so I am now writing her every time I write Hannah. And, after four years of not really doing any volunteer projects, I have found a little way to contribute in the arts here that I believe will feed my soul.

I love how I have acclimated to NYC and I love living here. I believe more of us can notice those around us and make the city a nicer place for all who live and visit here.