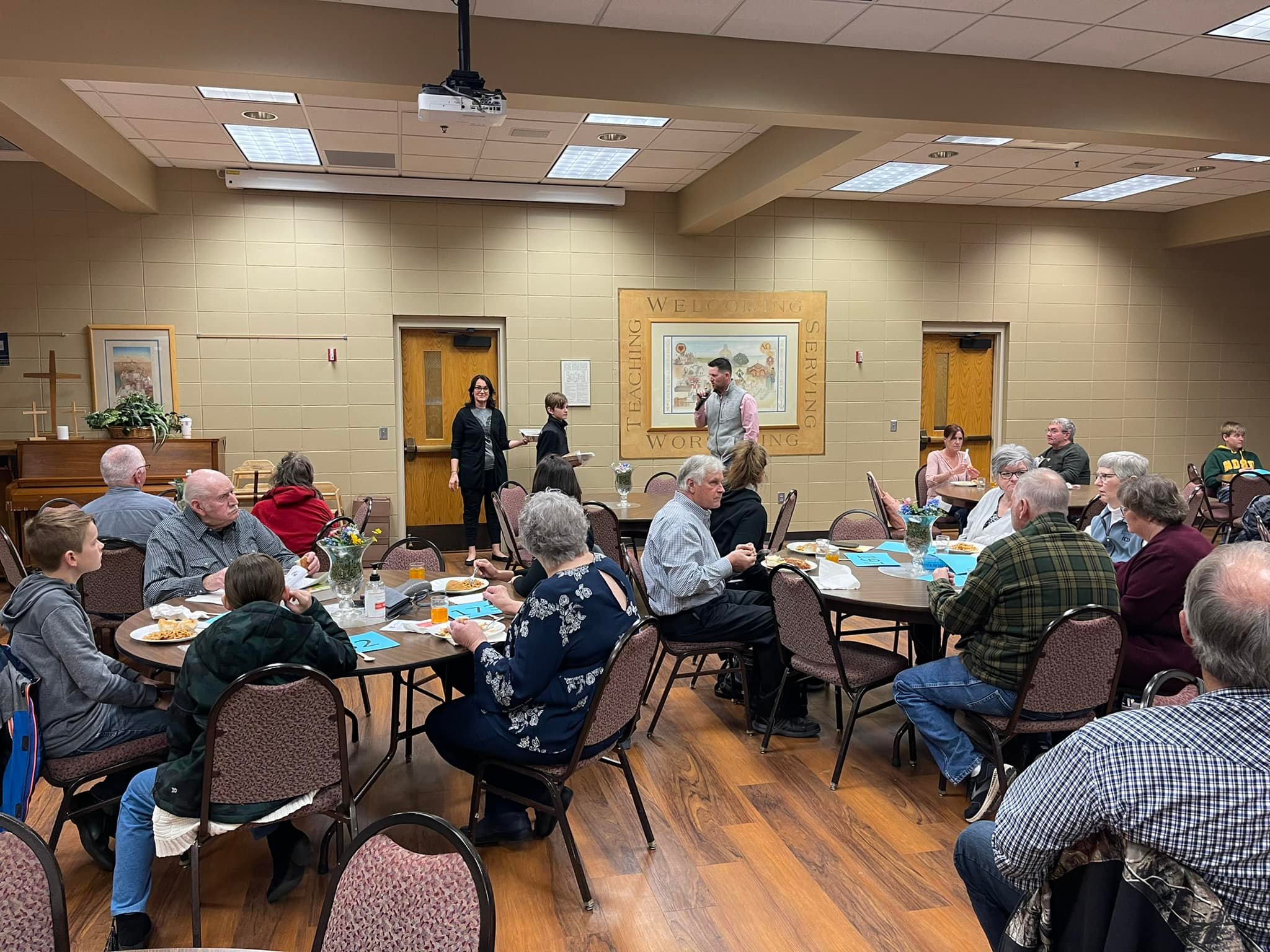 Life becomes so sweet when we stop making it about ourselves. I know this, but sometimes I need a refresher course.

My sixth-grade son, Ben, and I were working at our church’s annual pie auction to earn some money for his mission trip coming up this summer.

I signed us up for “Pie Walker” or something like that, assuming when we got there, we’d just jump in and help where needed.

Pie Walker is an actual thing. These are the people who carry the pies around to the tables to show them off while the auctioneer takes the bids.

Our goal was to make people salivate. I’ve never had a position with that job description before. I think I like it.

People were on their best behavior for the first few pies. Polite raising of the paddles, polite claps when someone won.

Then things got fun.

Those attendees with a competitive streak started bidding just to raise the final number or to beat someone else sitting at their table. Lots of laughter and a bit of ruckus.

Then things got really fun.

A man won a particularly heated bidding war over the Key Lime. When I set it down at his table he said, “Put it back up for auction. I’m donating it.”

When the Lemon Meringue was won in a similarly feisty manner, the top bidder told me to take the pie over to the two hungry teenage boys who had been trying to win but were quickly outbid again and again.

Then there was this sweet woman who had a table full of pies at the end of the event. When I thanked her for her generosity, she slyly said she’s dropping them off to her “adopted” football players at our local college.

Another man told me he was taking his pies to the Yellow House, a meeting place for recovering alcoholics.