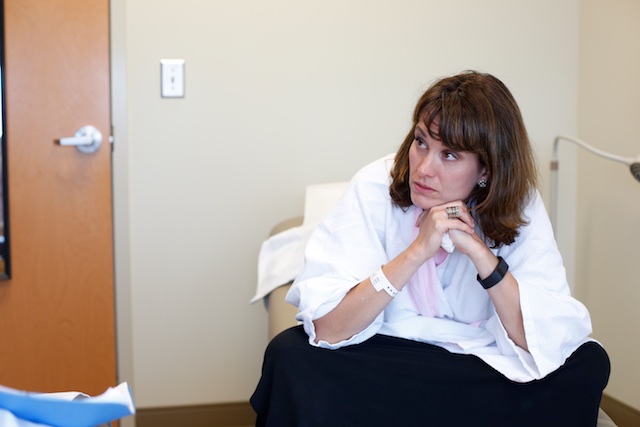 True kindness doesn’t take more than you have to give. While it might leave us empty-handed, it never leaves us empty-hearted.

I learned that five years ago when I was diagnosed with breast cancer.

As you can probably imagine, I was terrified. I woke up at 4:30 one morning in the midst of a storm, first thinking of myself, then thinking about my neighbor. She was a recovering drug addict and trying hard to create a new life. New lives take time, and transportation takes money, so she walked the 3 miles to work. Even in the storms.

I felt depleted. Certainly not in a position to help her, but I ended up giving my neighbor a bike. Every time I saw her riding it, I was joyfully reminded that cancer only got to control part of my life, and we always have something to give.

James Swenson, from Willmar, Minn., found himself in a similar situation, also realizing that it was his life that benefited from the act of giving.

“A number of years ago, perhaps in the mid to late ’90s, I had occasion to be in a gas station in a small town where I was working. They had an opportunity to sign up to win an 18-speed mountain bike. There was no obligation to buy so I put my name in for the drawing. About a month later I was in the same town and asked if the drawing had been held. They said the winner’s name was on the bulletin board. Sure enough it was mine.

“I took the bike home and decided my children didn’t need it as they were grown and no longer lived at home. I called our minister at church and asked him if he knew of a family in need and had a young boy who might like the bike. He told me of a family that was living in government subsidized housing in town. I decided to give the bike to the 9-year-old boy in this family.

“Then I thought, I cannot give him a bike if he has siblings that would go without a present. I called our minister again and asked him about siblings, and found out there was a 16-year-old sister. I went and bought what was then called a boombox with AM/FM radio and cassette player. I dressed up like Santa and hid my identity as best I could. I delivered the bike and the boombox and I will never forget what happened next. I still get emotional telling it.

“I have never in my life seen such a display of gratitude than what came from that 16-year-old girl. It was like I had given her the world.

“To this day I do not know their names and have no idea what happened to them. However, I left there walking on air.”

Kindness is like a secret passageway. We enter trying to help another and we leave knowing we were the ones who were changed.