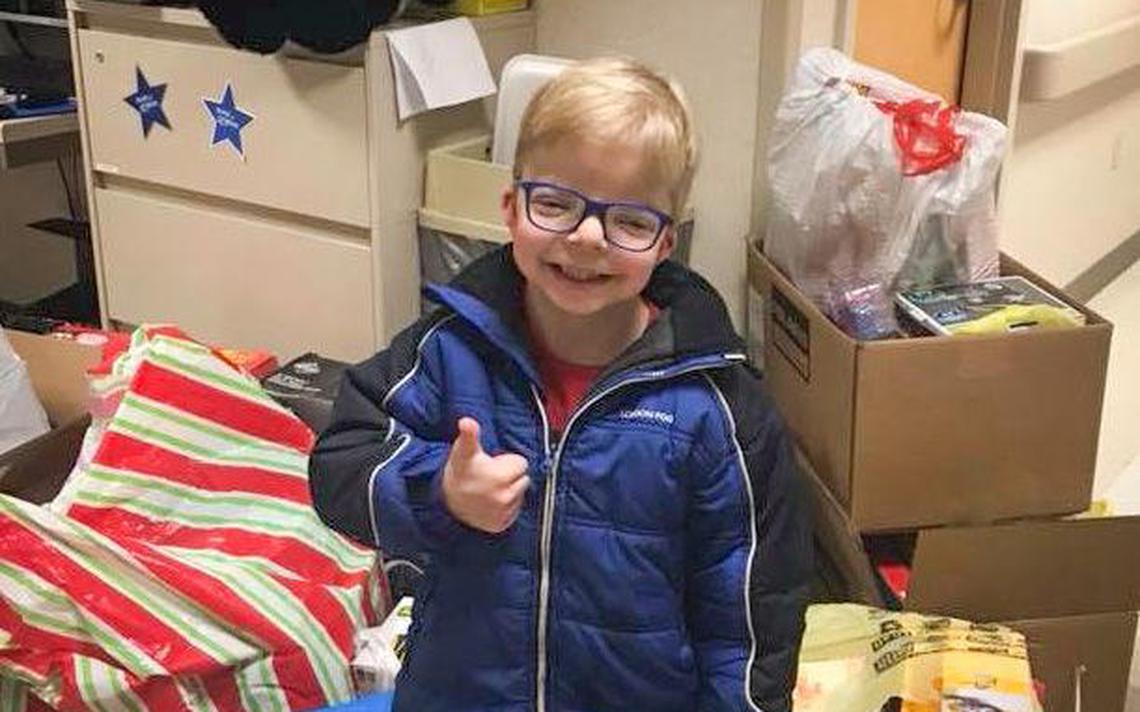 Have you ever heard of Jessy Haberman? Barb Haberman, a summer resident of Detroit Lakes, Minn., introduced me to the little boy whose kindness has truly become contagious.

“Imagine yourself at 4 years old having an infusion at a cancer center wondering, ‘Who are all these strange people and what are they doing to me?’ Then someone gives you a red Mighty Morphin Power Ranger. Even though it didn’t take your pain or fear away, it does take your mind off what was happening even if only for a few minutes.

“It was a life-changer for one little boy from Wyndmere, N.D. Jessy Haberman had a plan. He was going to collect toys to be given to other boys and girls when they were in the hospital. His parents went along with his wish and started collecting toys, forming Jessy’s Toy Box.

“Jessy was only 5 years old when he started his first year of giving. He loved to bring those toys into the infusion center and set them down, just to turn around to get more. In his own words, it was his job to carry the big toys.

“Born with a rare genetic syndrome in 2009, Jessy was no stranger to the hospital. In his eight years, he had 15 surgeries and two infusions. Sadly, Jessy passed away on Feb. 19, 2018, after his second open-heart surgery. Today the mission of a little boy who only thought of others continues on nationally.

“Jessy’s Toy Box Inc., a North Dakota nonprofit corporation, has a goal to distribute toys to hospitals and infusion centers all over the United States. Currently toys are collected in North Dakota, South Dakota, Minnesota and Florida.

“And now more of the story. My husband, Paul, and I wanted to continue Jessy’s legacy of giving in Venice, Fla., where we are winter residents. We purchased a toy box and decorated it with pictures of Jessy and his story. Our friends and neighbors filled the toy box beyond its capacity.

“When I was checking out at a Venice store, the clerk commented on the toys I was buying. She was very interested in Jessy’s story, and a few weeks later the toy box had another location in the development she lived in. They filled the toy box to overflowing, too.

“We were on our way to Sarasota Memorial Hospital to deliver the toys when we got a flat tire. Luckily, there was a Michelin dealer nearby. We drove over to the tire shop, and as we were sitting there, one of the managers asked how our day was going. After explaining we had a car full of toys to deliver and Jessy’s story, we had a new location for the toy box.

“We now have eight locations in the Venice/Nokomis, Fla., area. We are amazed beyond words at the response we received.”

More information can be found at http://jessystoybox.wixsite.com/website as well as on Facebook.