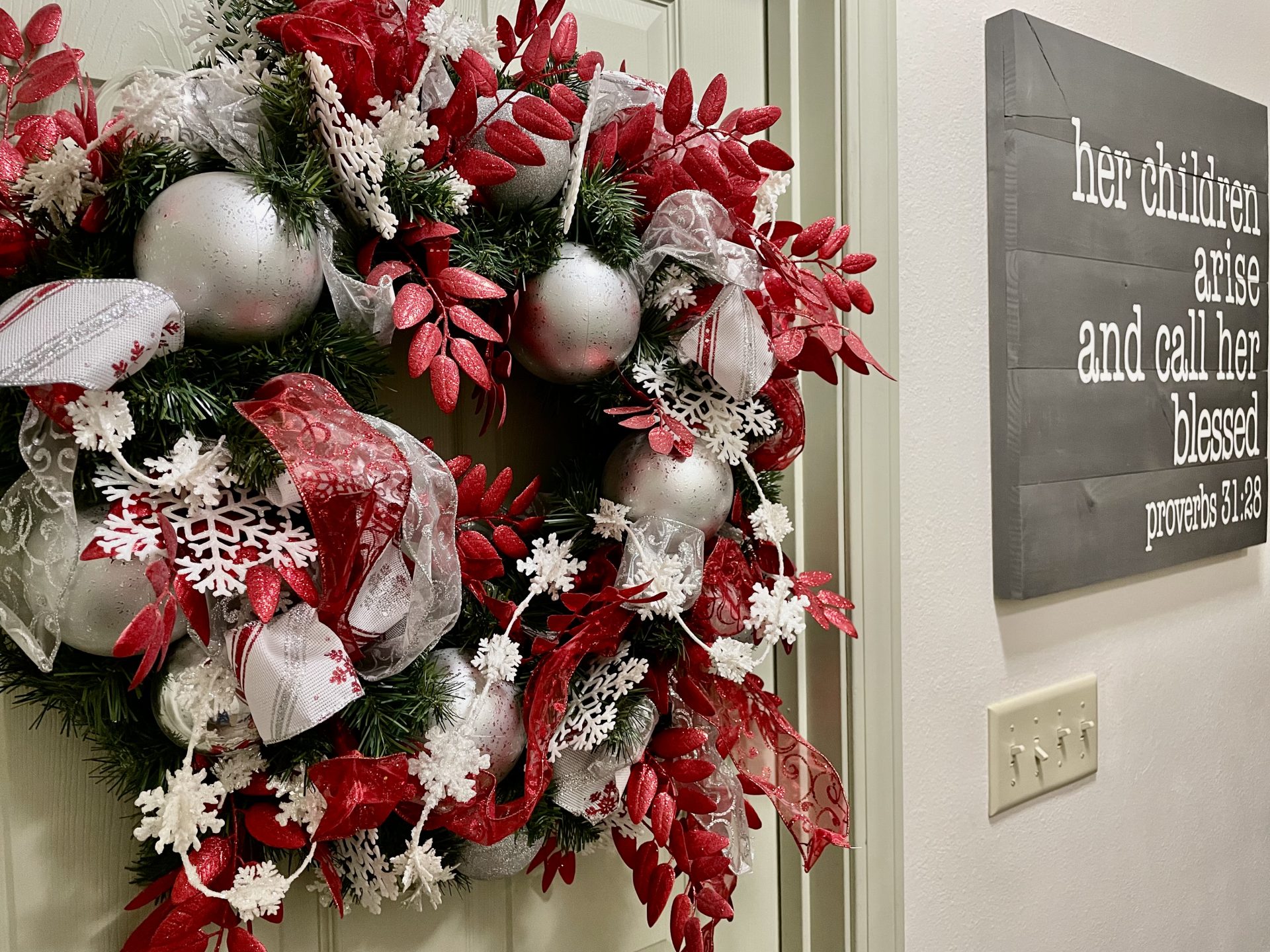 Saul is a college basketball coach. He came home from practice the other night, and as usual, called out, “Hellooooo!” as he opened the door.

As usual, he dropped his work stuff on the floor and headed straight to the kitchen.

After he got some food in his belly, he returned to the couch, as usual, and opened his computer.

Once he got all his basic needs met and felt settled in, he was ready to talk.

“Good! I got to have coffee with Denny!” I replied.

“Oh, he’s still in town? I thought he moved already.”

Saul continued the conversation with, “So, what else did you do today?”

Now here is where I want to stop and explain something. Saul had walked in the door, right past a HUGE sparkly red wreath. He dropped his work stuff on the floor next to a GIANT stuffed Santa sitting in a chair. The Christmas tree was shining brightly in the front window three feet from where he was sitting on the couch.

NONE OF THOSE THINGS HAD BEEN THERE WHEN HE LEFT FOR WORK IN THE MORNING.

I turned my head to the side just a bit to see if he was kidding. He wasn’t. Then I spread my arms wide open and exclaimed, “This!” Then I busted out laughing.

Saul probably noticed that I had turned Chez Phillips into a winter wonderland, but it hadn’t exactly registered.

Sort of like how he puts the milk in the pantry and the Cheerios in the fridge.

Sort of like how he leaves the oven on for an hour after he makes a pizza.

I can always tell basketball season is starting because my husband cannot focus on anything else. And I love it.

You see, most of the year Saul is rock solid. He is the same day in and day out. I always know what I’m going to get. Meanwhile, I’m the lead character in Disney’s Inside Out movie – the one about all the emotions. I feel all the feels and Saul has to stand back and wonder what I dreamt about last that is making me grumpy with him this morning.

It works for us because of one word: Grace.

We each understand that we are uniquely made, and we are doing the best we can on any given day with what we have on our plates. Nothing we do is meant to offend the other.

Grace keeps peace in my household.

I wonder how much peace grace could keep in our world if it we practiced it consistently each day.

Let’s put it into practice and find out.