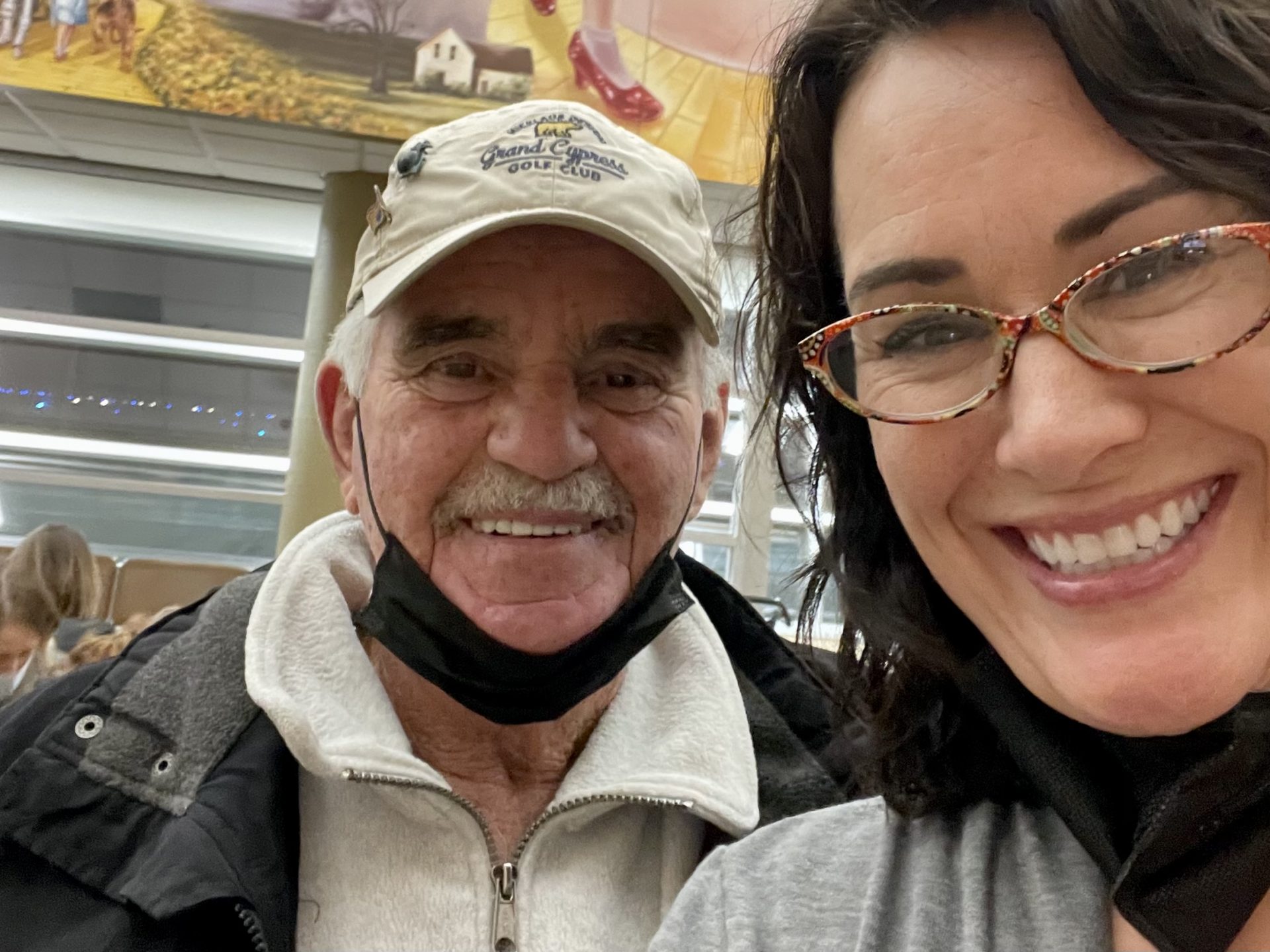 It’s always fun when I figure out the people who were meant to be the recipients of whatever God tells me to give them. It’s a fun way to live, so I keep a few extra Blow Pops in my purse for emergency giving (and because I like sugar).

I met a 75ish man at the airport yesterday. He was ahead of me in the TSA line. In our little airport, we have to put our snacks in a special container for inspection.

The guy in front of me, Dave, pulls out three giant Lindt candy bars.

“Well, I know who I’m sitting by on this plane!” I jokingly commented.

He laughed and said there is no way he’s sharing.

We both ended up on the other side of the screening. He smiled and handed me a candy bar.

I was shocked and delighted.

While we waited to board the plane, Dave told me about fighting in Vietnam, suffering terrible injuries, meeting his wife in the hospital, getting divorced 18 years later, and the absolute joy of playing with his grandson.

Life has been hard for him, but it has also been beautiful. He continues to live it to the full with work trips all over the world (yep, he’s still working and loving it).

As I think about Dave now, I realize if he hadn’t handed me that candy bar, we probably never would have met. As the recipient, if I had said, “No, I can’t take that” and refused his gesture, it would have cut off the conversation before it had started.

Kindness, in its most precious form, is like dancing. One leads and one follows. There is a give and take of something – a smile, a compliment, a cup of coffee at the drive-thru – but when the dance is done, both leave feeling refreshed, touched and seen.

Be part of the dance. Give when you can give and engage with gratitude when you are offered the gift of kindness.