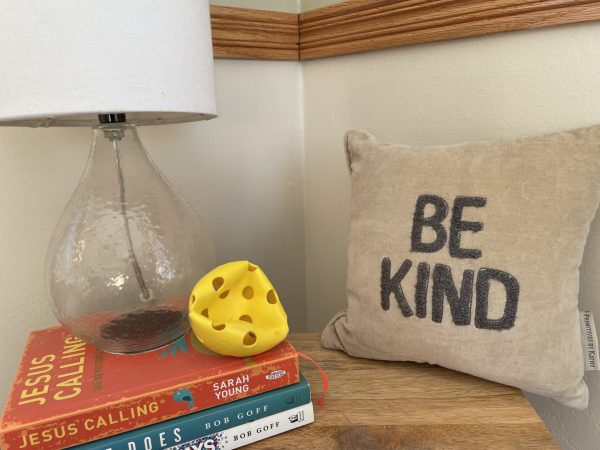 Poor Dennis. He taught me how to play pickleball almost a year ago and then he had to go ahead and beat me four games in a row today. Or maybe it was five. I lost count.

As I packed up to go, he threw a ball in my bag. It wasn’t my ball. It was one that had gotten stepped on in our last game. “Here’s a souvenir!” he chuckled.

I’ve been playing pickleball for nearly 12 months and I am still always the worst one on the court. Truly. This isn’t Nicole throwing a pity party hoping people will disagree with her. This is truth. But it doesn’t matter. Because I love playing pickleball.

A met a new friend on the court today. She said she’s only been a few times and she’s not sure she likes it because she’s so bad (for the record, she is still better than me). She’s frustrated with herself for not being instantly good at the game.

It made me sad.

What if we just decided to cut the buts?

What “but” do you need to get rid of? Are there areas you could be kinder to yourself? More accepting?

Not me. And hopefully, not you too.