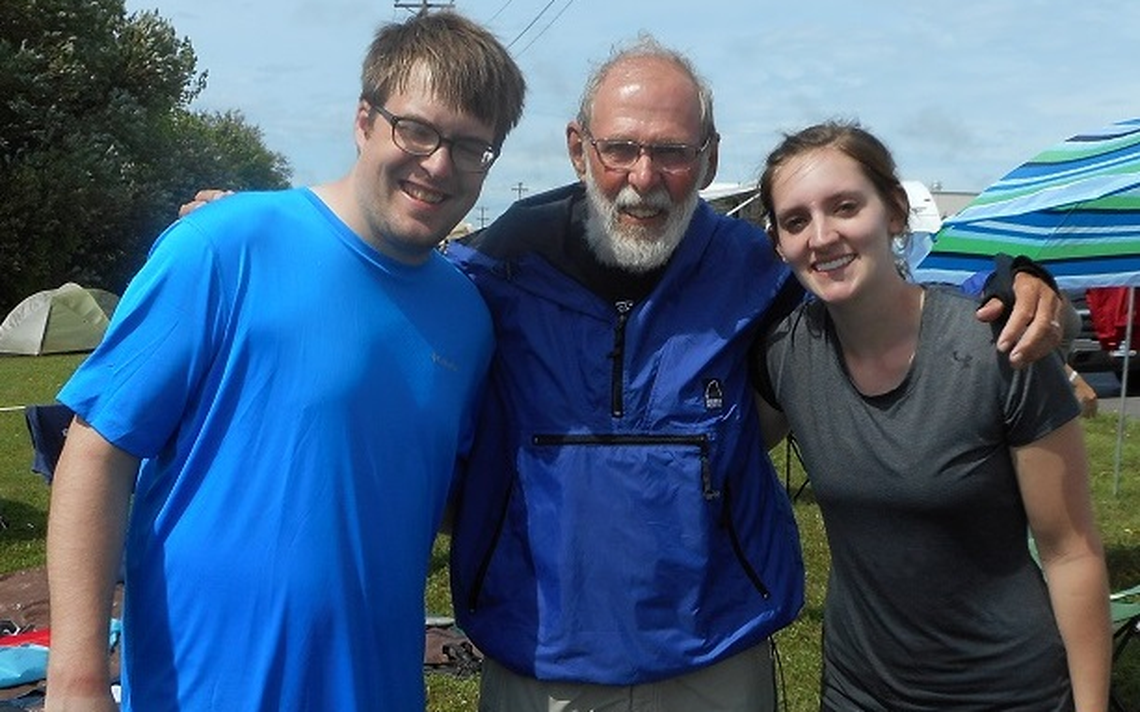 TRAM (The Ride Across Minnesota) is a five-day bicycle ride that raises money for the National Multiple Sclerosis Society. While I love the idea of being active for a great cause, biking isn’t my thing.

But it is Harvey Laabs’ thing. He’s from West Fargo, and has been crossing the North Dakota/Minnesota border for TRAM since 1991. Here’s his story.

“It was dark at 5:30 a.m. on July 20, 2016, as I backed out of my driveway to leave for TRAM. The night before, I had fastened my brand-new bike and carrier to the trunk of my car. As I accelerated onto the freeway, I heard a noise from outside the car and thought the straps of the carrier might be flapping against the car. Not wanting to listen to that for three hours, I took the next exit. I got out of the car and had a most unpleasant surprise. My bike was gone!

“That was when I remembered I had not finished strapping the bike onto the carrier the night before. A policeman came and helped me look in the ditches along the freeway for the bike, but it was nowhere to be seen. It has never been found.

“I ended up going to TRAM anyway because I needed to turn in the donations I had collected and I thought maybe I could rent a bike at the event. It was a long, tearful ride to St. Joseph, Minn.

“There were hundreds of people milling around when I arrived, but coming toward me on the sidewalk grinning widely were Mark, Becky and Jeff. Mark was the first TRAM friend I had made way back in 1991. It turns out he had two bikes along!

“After telling him my sad story, he offered to let me use one of his bikes for the rest of the week. Suddenly, I felt a whole lot better. It’s true I had lost my $1,000 new bike, but at least I now had a way to ride on my 25th TRAM.

“Mark’s offer to lend me one of his bikes is the first act of kindness that I received that week, but it wasn’t going to be the last. The final night of TRAM included games and a stage show. I was surprised when my very shy friend, Erin, got up to make an announcement. She told the story of how I had lost my bike on the way to TRAM.

“She and other members of her team had wandered the campgrounds each evening, telling folks my story and asking for donations to help me purchase a replacement bike. They stopped asking for donations when they reached $1,000. While everyone cheered, she walked toward me with a large envelope. I was stunned. I had tears running down my cheek as I sat back down on my chair.

“I purchased my new bike a month after TRAM. I still repeat that story silently to myself each time I ride it. I am overwhelmed by their kindness.”